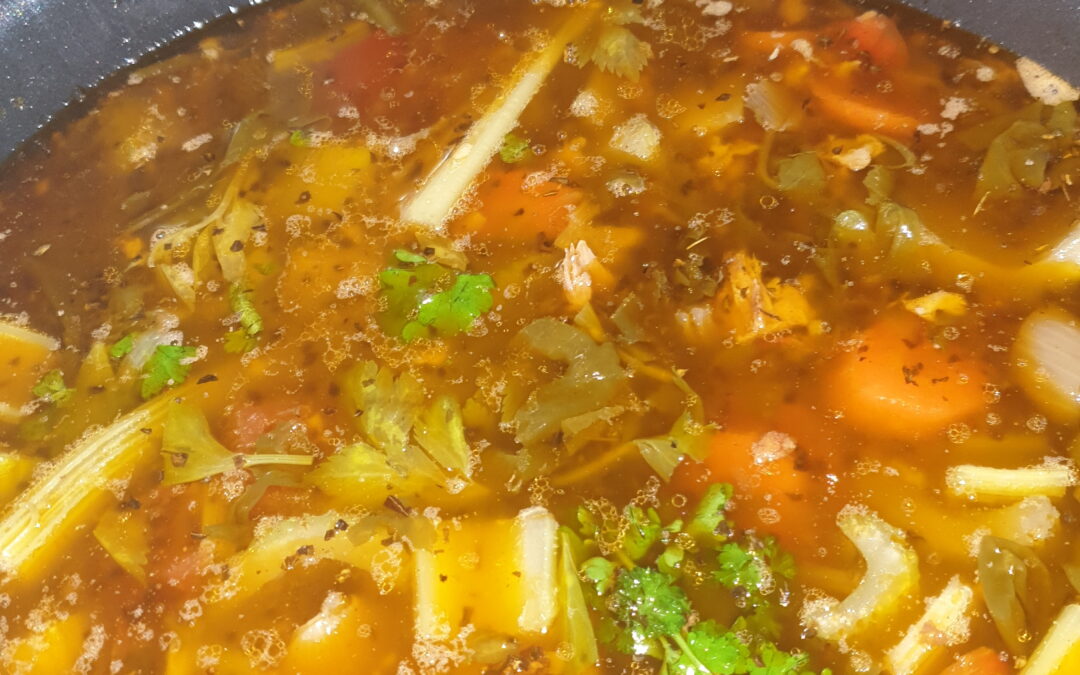 The night before I washed the bones with lemon and then seasoned with olive oil, black pepper, paprika powder and salt. Then roasted in the oven for about 40 minutes at 180C.

Seasoning
It doesn’t really matter how you cut everything because it is  going to melt away anyway. Peel and cut the garlic and red onions into blocks.
Cut the tomatoes into blocks.

Cooking
Started at around 11:00 a.m.
Add olive oil to the pan and throw in the onions, garlic and tomatoes. I had my Russel Hobbs on stand 2 which is medium heat. After about 15 min I added the bones. The clotted fat stuck to your bowl can be thrown away. Then I added salt and pepper. Which I will continue to do to taste. After a half hour I added my leftover vegetable, and then water I had already boiled in the water cooker alond with a few tabelspoons of appel cider vinegar.

In about 8 hours I added 3 large carrots after chopping them in blocks along with the bay leaves and thijm. Three hours later I cut the celery sticks and some parsley and added this to the pot. Turned  up the timer to 10 hours.

In the coming hours I stirred, added broccoli and spinach. And the finally after 48 hours I turned it off.

I used a strainer to separate the broth from the husks, after first fishing out all the bones.

When it was cooled off I packaged it into daily portions using reusable freezer bags. I now have enough broth for 15 days.

How to use
You can use your broth daily as is or as a base for soups, sauces, oven dishes. I used it to make broccoli soup, pumpkin soup, quiche etc. 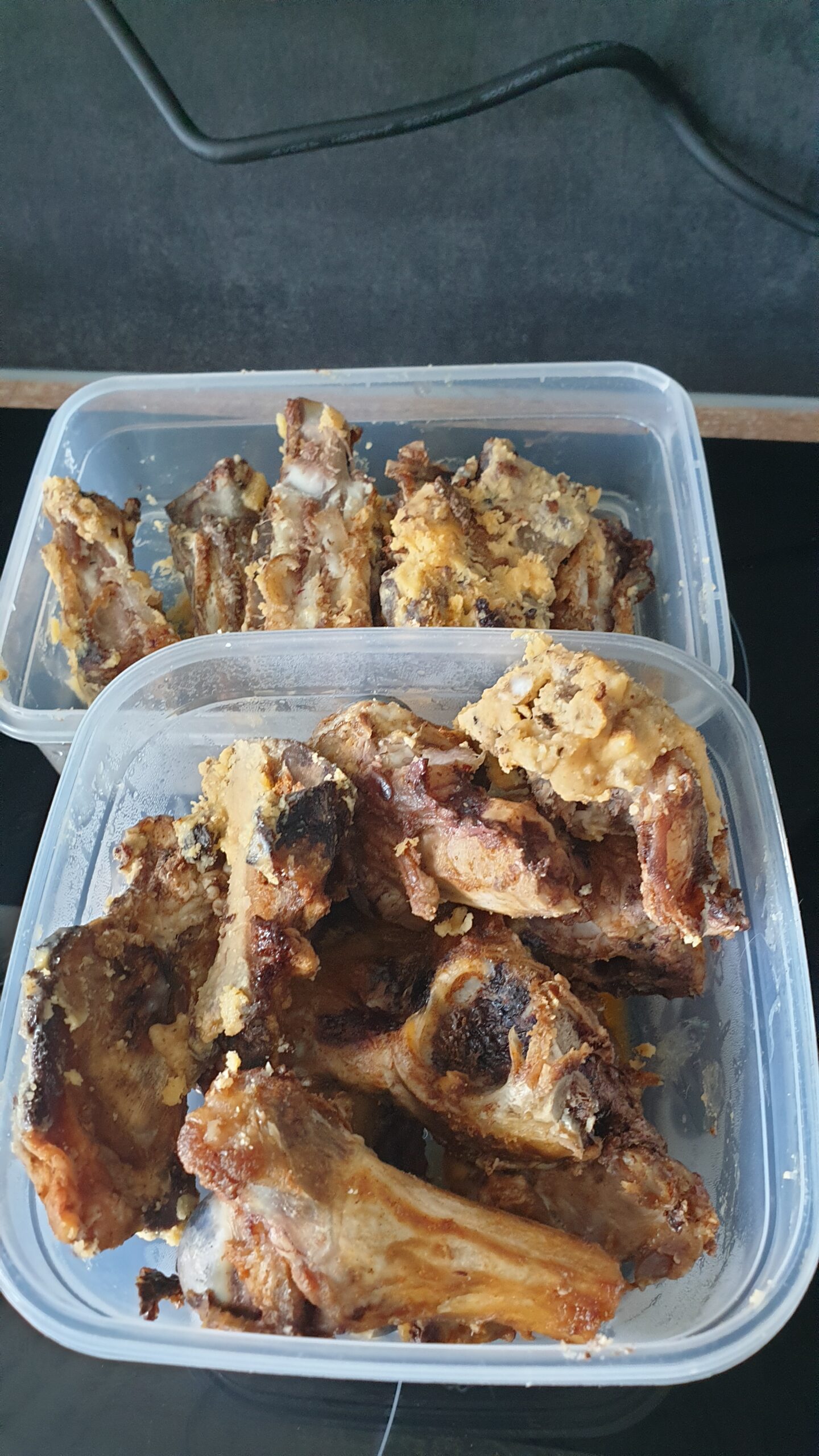 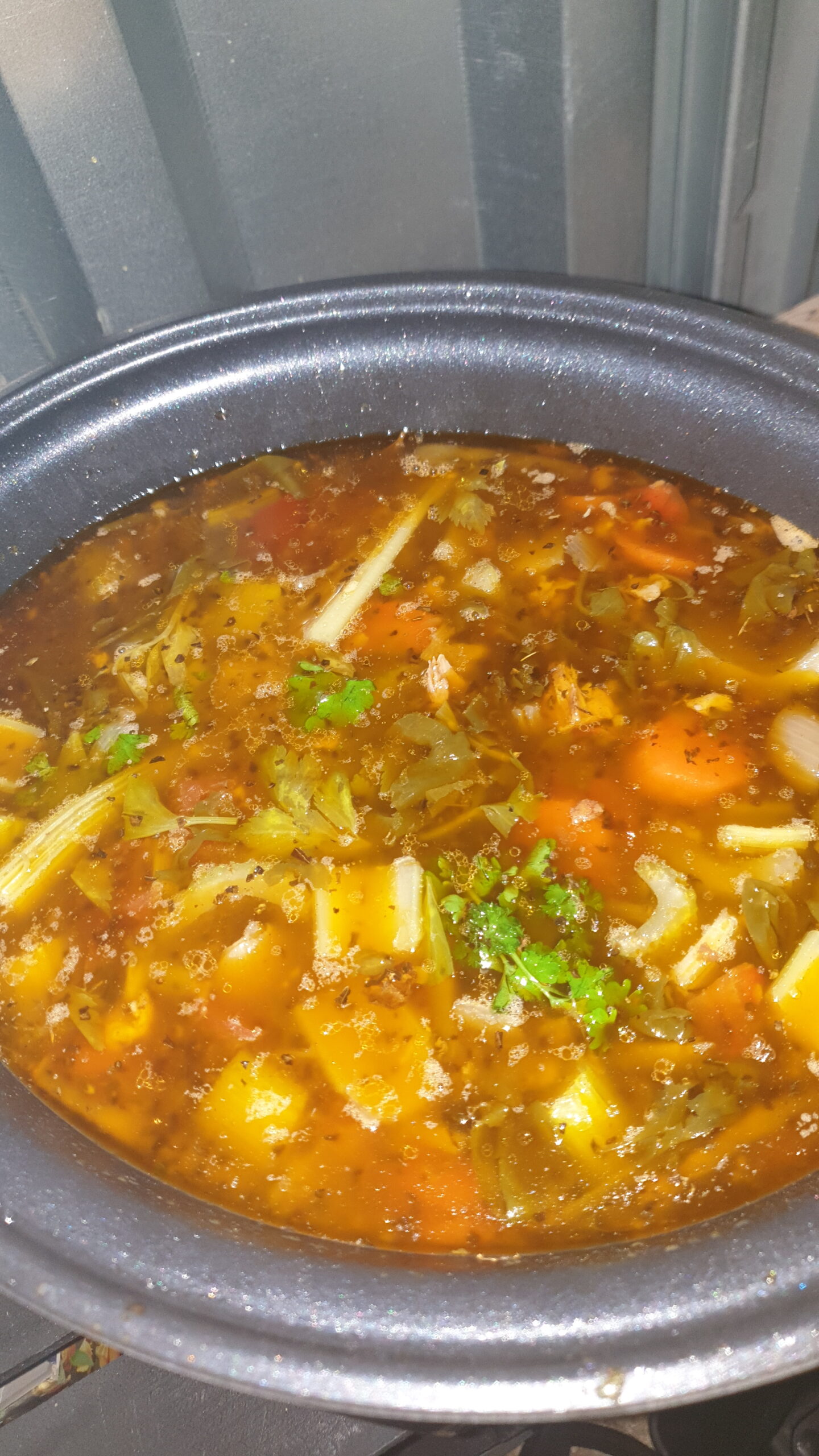 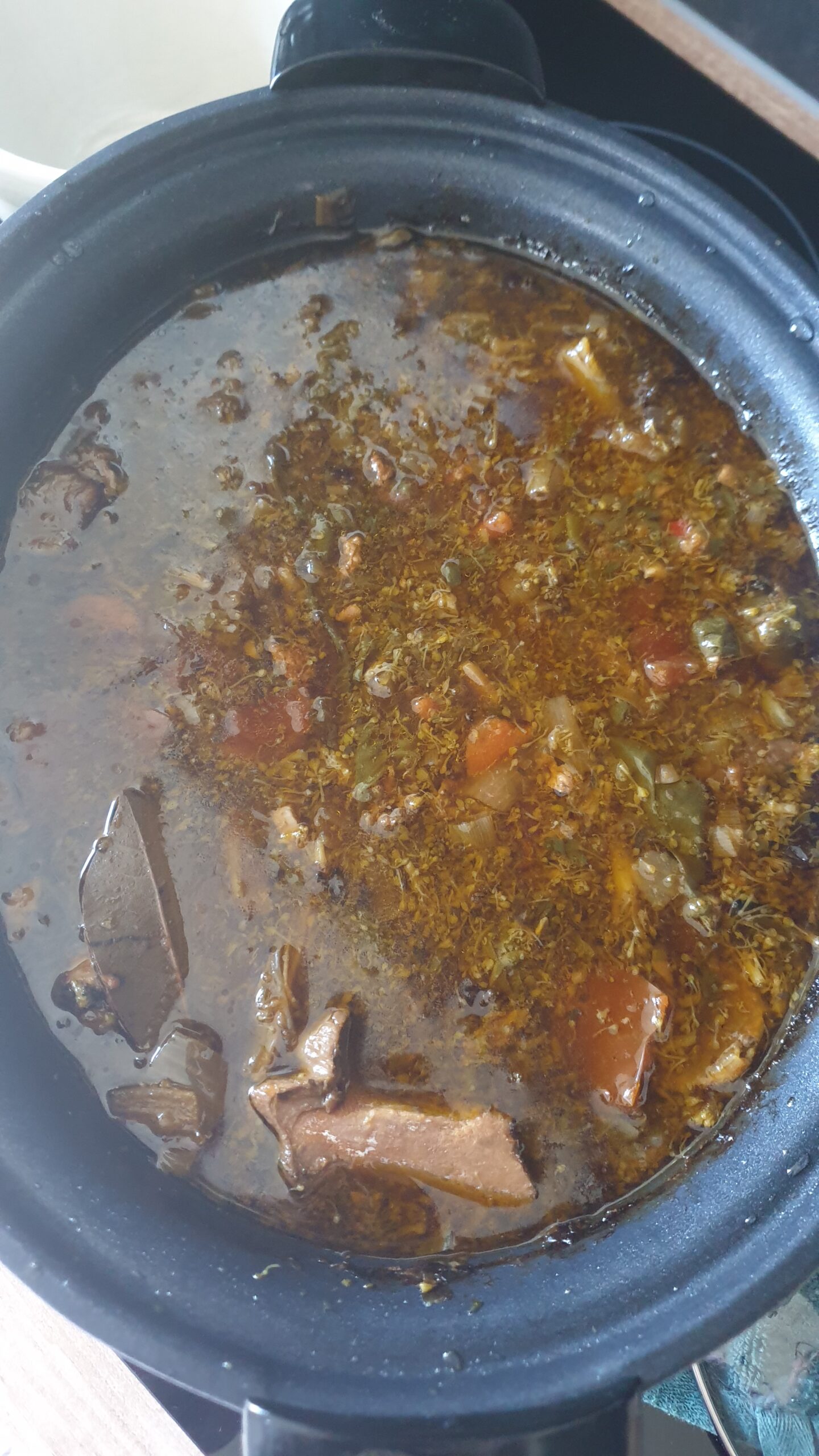 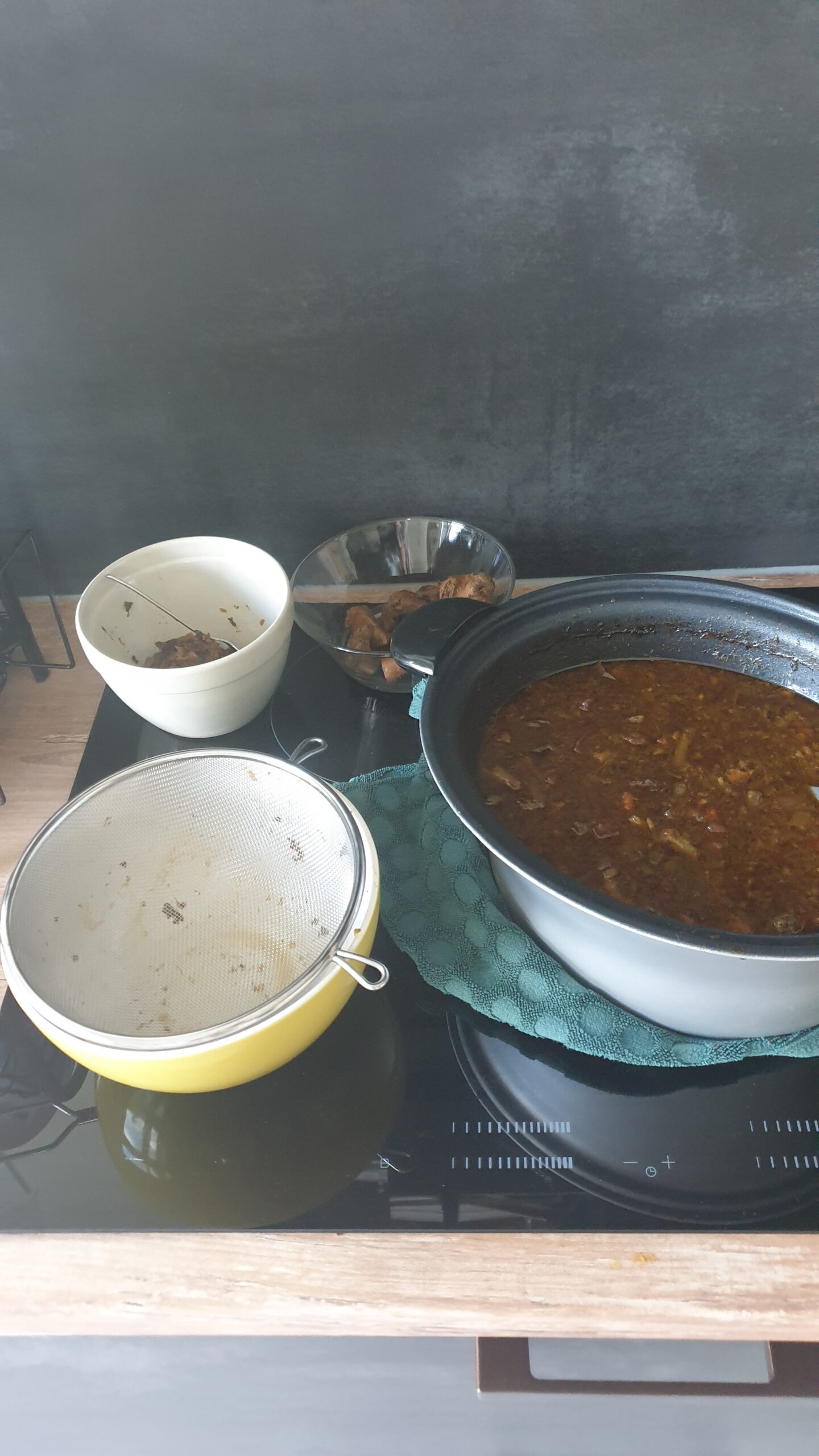 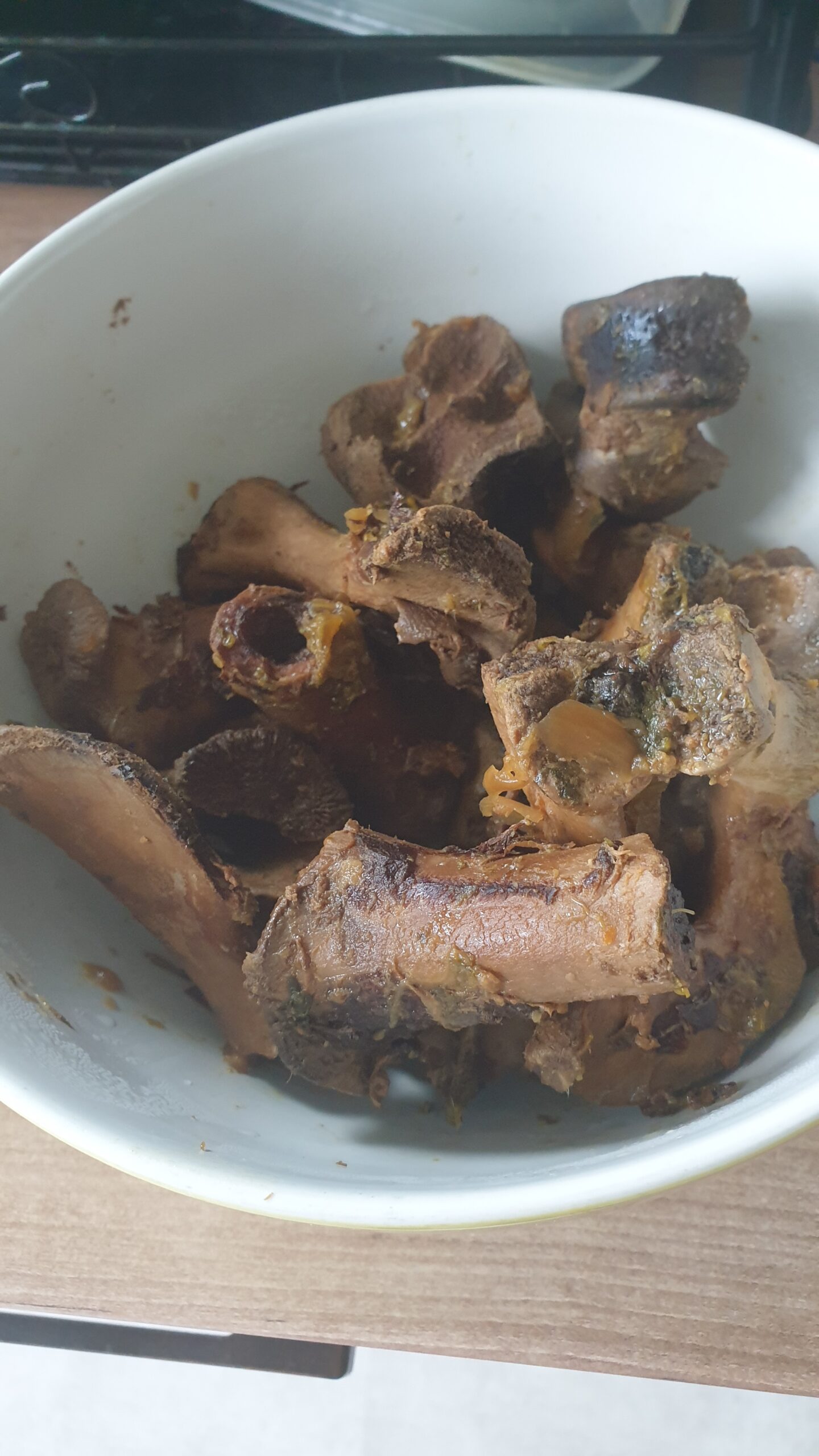 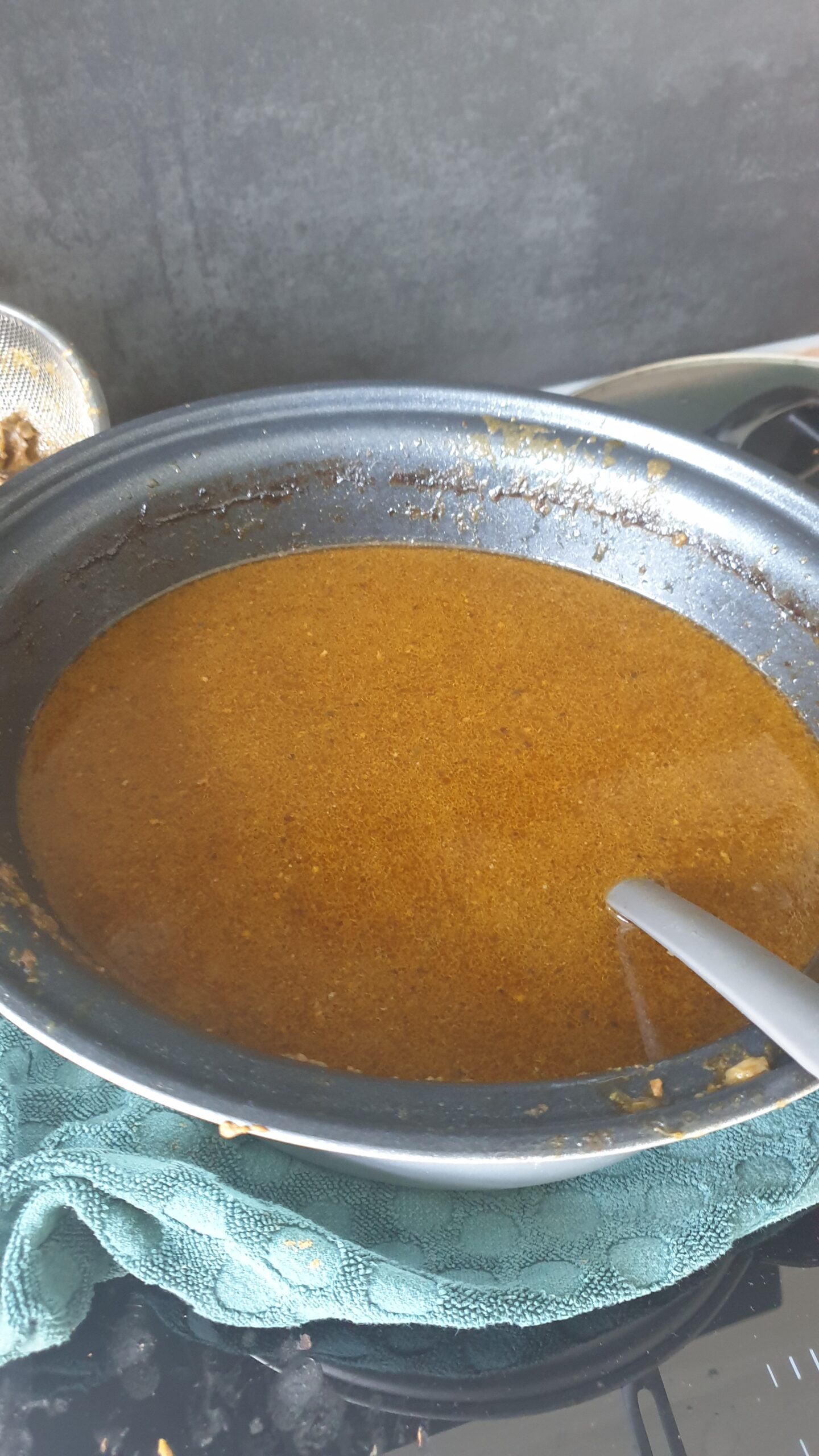 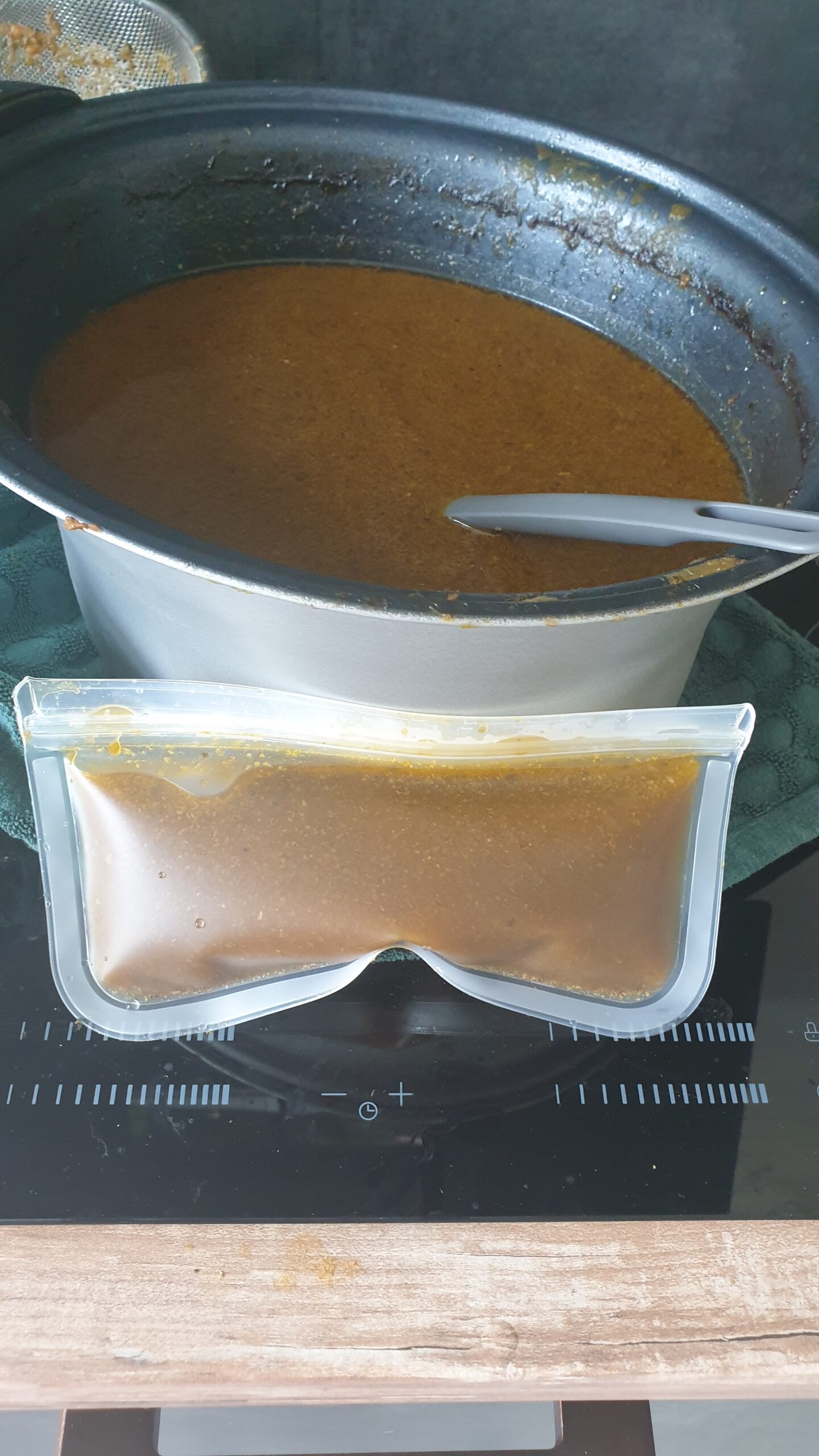 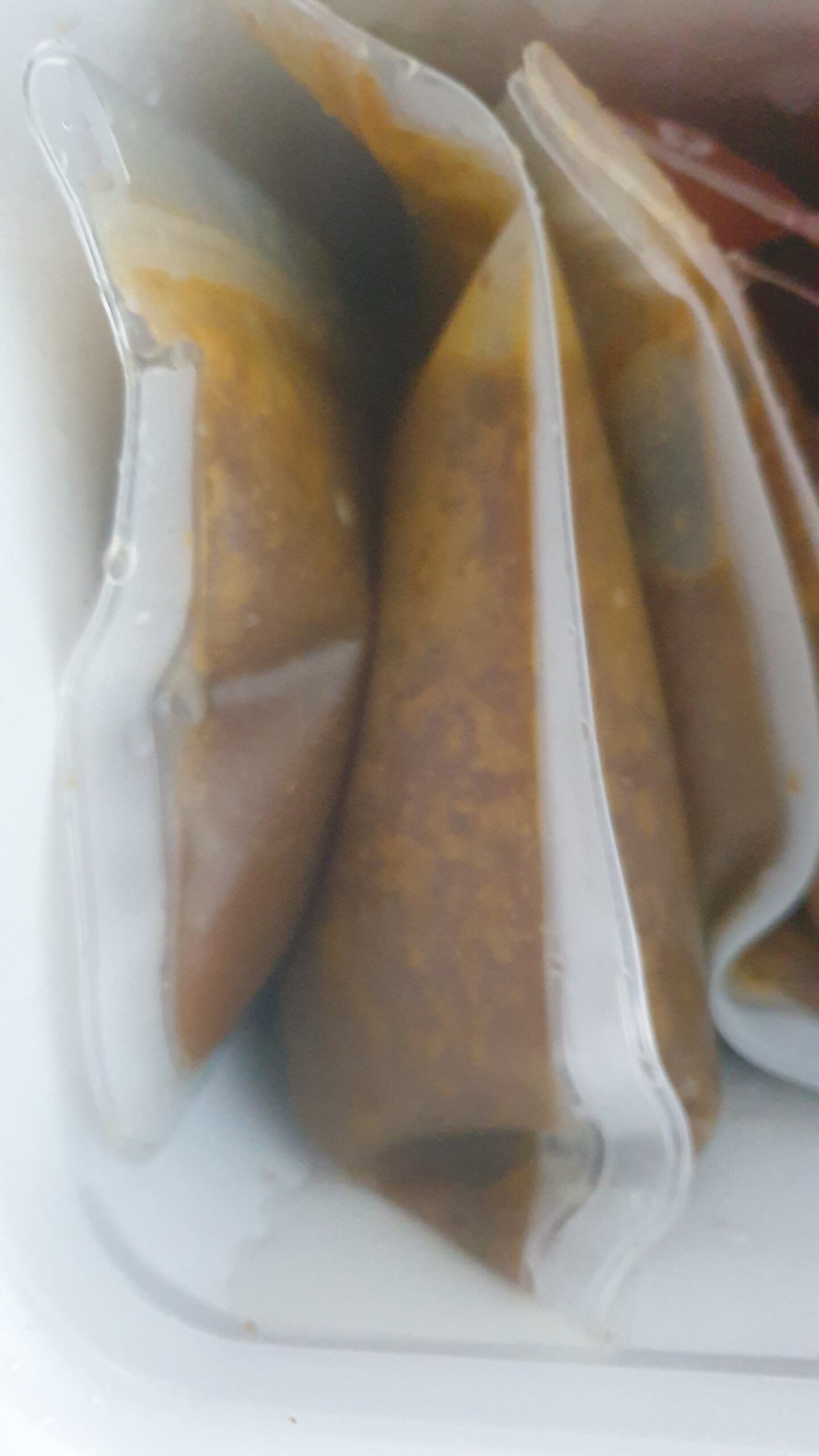