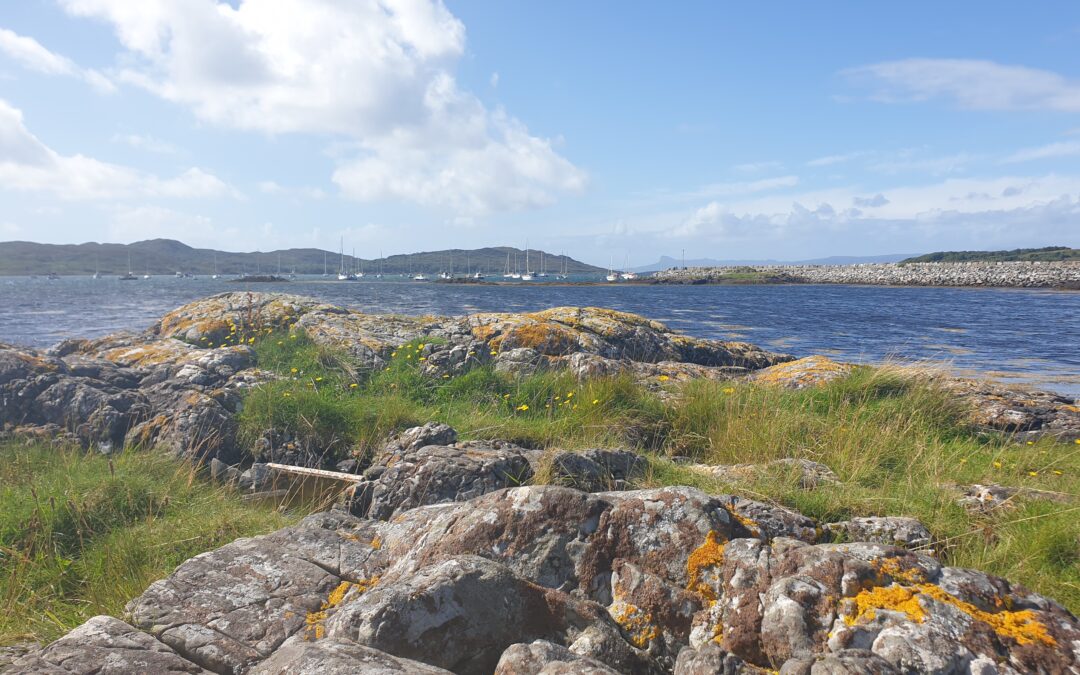 . It has been nine months since I first visited my doctor and knew there was something not right with my belly. To be precise two hundred and seventy-five days.  Two hundred and fifty-four days ago I was told that I  have a rare type of aggressive, malignant tumor in my uterus, uterine leiomyosarcoma which had spread to both lungs. Making it stage 4, incurable, and hence palliative. Only fifty women are diagnosed yearly in the Netherlands with this type of cancer. Had myself never heard of it. My world came crashing down and there was one person who gave me hope. My aunt, an orthomolecular therapist. She immediately took action.

This resulted in me changing the way I nourish my body, soul, and mind. Exactly two hundred and fifty-three days ago I embarked on a natural and non-toxic anti-cancer path under the guidance of the UK and Netherlands residing Dr. R. Trossel.

Two hundred and twenty days ago since I had a full hysterectomy which got rid of the primary tumor. The size was said to be similar to an 18-week-old embryo. Leaving me only with progressive lung metastases. Had to keep explaining to friends and families what kind of cancer I have. Now I feel that it is of little importance especially knowing I am palliative. At least that they understand.

One hundred and seventy-one days ago since I embarked on a toxic anti-cancer path with one of the Netherlands’ leading oncologists Prof. Dr. W.v.d. Graaff. Mind you not without first talking to experts, doing research, and having both toxic and non-toxic medicine tested on my tumor cells.

I was told by my oncologist and, had myself already done the math, that with chemotherapy, my estimated life expectancy was thirty months. After it sunk in I realised that this is just statistics. Every person is different, every context is different and every situation is different.

Even though I started preparing for the worse – writing down my last wishes, buying a grave, getting my affairs in order, stopping my coach and storytelling practice, informing friends and family – I could not imagine leaving my husband and son behind. Let me be clear: I accepted and did not fear death. Then and now. My love and longing for life and sticking around for my loved ones, preparing my son for the inevitable outweighs any fear.

It was and still is in my nature to choose an open-minded eclectic way of living. That entailed combining all possibilities: a genetic and metabolic approach to treating cancer and consciously being, doing, and talking. A path I had started out on a long time ago but which now was accelerated and, clearly outlined by cancer. Doing my best not to be side-tracked or influenced. Consciously choosing what is right for me.

Exactly nine months to date since that first visit to the doctor. As in a pregnancy, I choose to see these nine months as having given birth to conscious living instead of the bearer of death. Which is ironic knowing that the cancer cost me my uterus.

However, since my chemotherapy ended on June 14th, seven months ago and the scans showed stability on the positive side of the disease, I can’t seem to deal with living. I have been emotional, on edge, and always on the verge  of exploding and crying. In private. My husband and son have been the brunt of my irritable shouting and ranting. Four days ago I asked for a blood test to see if this could be something physical. I have a blood disease called Thalassemia that results in low red blood cells. This has been affected by the chemo. During my chemo, this dropped from 7 to 5,5 and could be the reason why I am experiencing mood swings. Or, maybe I am now in the aftermath of the hormonal effects of the hysterectomy, while the chemo leaves my body.

Haven’t told this to anyone except for my husband yesterday morning. After having dropped and emptied half a bottle of black seed oil in the pill box. The pills I need for the coming two weeks while we are traveling around Scotland. By pills, I mean loads of supplements I take daily to counteract the effects cancer and the chemo are having on my healthy cells. Of course, I started throwing the boxes around. Literally! Unable to think rationally only to feel: frustration, anger, sadness, helplessness, and hopelessness all balled into one. My husband stepped in between me and the boxes and started helping. A few minutes after I dropped a huge glass of water on the floor resulting in glass shards everywhere. This was the final straw. My husband sent me out of the kitchen while he literally cleaned up my mess. The only thing I could think of was: I am ruining our holiday.

So nine months after that first visit to my doctor I woke up this morning in Arisaig in the Scottish Highlands. We arrived last night, August 19th. We traveled a whole day by car and boat from Baarn in The Netherlands to get here. Defying all odds, such as: being told at the boat, after having propped everything into our car, including our cat, that we could not take our cat on board because his rabies shot was twenty days old instead of twenty one days. Booked a ticket for a day later only to be told on the day itself that the travelagent had accidentally canceled the whole trip. So had to book again which meant losing the pet-friendly night cabin and having our cat spend the night alone in a cold kennel. Every time telling myself: who knows, maybe it is for the best. Pushing away the dooming thought that maybe it was not meant to be.

Dropping that glass of water and seeing the shards on the floor was like looking into, and at, the innumerable pieces of my life. Shattered, fragmented, transparent, and then swept into a dustpan and emptied into the bin.

Is that what my life now has become? Fragmented towards the end? Failing to hold the pieces and remnants together? Frantically holding on to something that is slipping away? Telling myself that because I do not feel ill I can control the beast? That I am still in charge? Am I really?

I broke down and started crying. In that very moment it dawned on me that these nine months I had been sad for my son and husband, for my brothers and sisters, for my nieces and nephews, for my friends… I have cried buckets of tears just imagining how my son’s life would be without me in it. Or, how unfair it is that my husband who has suffered the greatest of loss and pain, has to live with another loss. At the same time telling myself I cannot grieve for something I know nothing of. When I die I do not know what is to come and cannot grieve for a life that is not. So I grieved more for them than I grieved for me.

Yet now, here, in Arisaig, surrounded by glass this was my most defining moment after nine months, I opened my mouth and heard myself say that I am struggling with living, that I feel anger, sadness, and injustice for me. For the little girl who had survived more than enough atrocities, hardship, and loss in her lifetime. For the woman who had moulded her own life and her business with her bare hands and her own blood, sweat and tears. For the mother who lost four children before birth and gave birth to one amazing son and wants to be with him more than anything and as long as possible. For the wife who was always fully committed to her husband and done everything to love, support and comfort him and is angry at what this disease is causing. For the friend who is always and forever present. For the daughter who grieves the loss of her father like the loss of a limb and the absence of a mother who has chosen to be absent. For the sister who feels unconditional love for all her brothers and sisters and will miss so much of their lives. For the aunt who longs to still be a part of her nieces’ and nephews’ lives. For the bonus grandma who longs to babysit her bonus grandchild and unable to because of how weak her stamina has become. For the migrant who has embraced another culture and language while trying her damnedest best not to forsake her origins and carries her being with pride.

Holding back the tears while Jan talked of her husband who had died of cancer and according to her, the effects of the chemotherapy. My husband kept looking at me sideways. Concentrating on Jan’s face and movements rather than on her words. Seeing eyes still full of life, her body bent under her loneliness, and every strand of gray hair representing stories of her life. Stories of her parents who lived in France and studied at the Sorbonne, and her husband who was a technical engineer, her daughters living in England and accomplished academics, her granddaughter’s traveling, and her profession as a midwife which was cut short when she got married, filled the tidy and cosy kitchen we were in. Jan lived in a large and well-kept cottage in a large and well-groomed garden. Jan had kept on living after losing her husband even though her daughter had said: “mom you put all your eggs into one basket.” Jan, in spite of the obvious loneliness, seemed pretty good at creating her own basket.

I think of my grey hairs shining like a beacon in the darkness. Every strand evidence of stories of loss and love, of downfalls and successes. I now flaunt them as evidence of living.

It feels like this holiday in Scotland, especially here in Arisaig in the Highlands, in peace and quiet, in rugged untainted nature with my son, husband and cat, drinking coffee in the Sound Bites cafe in the harbour, feeling their homeliness and  warmth, meeting Jan, is opening me up to me. The physical distance between the daily hustle and bustle in the Netherlands and the laissez faire vibe of Arisaig has brought me closer to the feeling that has been holed up in my soul. During the past weeks this feeling has been struggling to be released. Throwing stuff, shouting, nights of sleeplessness and crying and an inability to really write about these feelings was my way of putting a lid on built up pressure.

Crossing the channel into Great Britain which is such a huge part of my culture and upbringing, being brought up in a former British Colony with English being the only language I spoke, has brought me closer to me.
To the struggles, I have endured and survived.
To the pain, losses and sadness I feel for me.
To a much deeper healing.
For me just me.
Here in Arisaig.
The safe bay where I now sleep like a baby.
For me.

I shamelessly share my reflections with you and hope to encourage you to find your own wisdom and walk your own path despite your disease, distress or gnawing dragons.